For the original document please refer to the specification on Github

The Flow Access Node has not changed significantly since its launch, and has generally served its purpose well as the gateway to Flow. Even so, there are clear signs that the design of this part of Flow needs to evolve, to better support scalability and improve modularity of services and code. In addition, it has always been part of the vision to enable a permission-less and un-staked node type to simplify and democratize access to Flow for builders.

This new architecture splits the existing Access Node monolith into the following components: 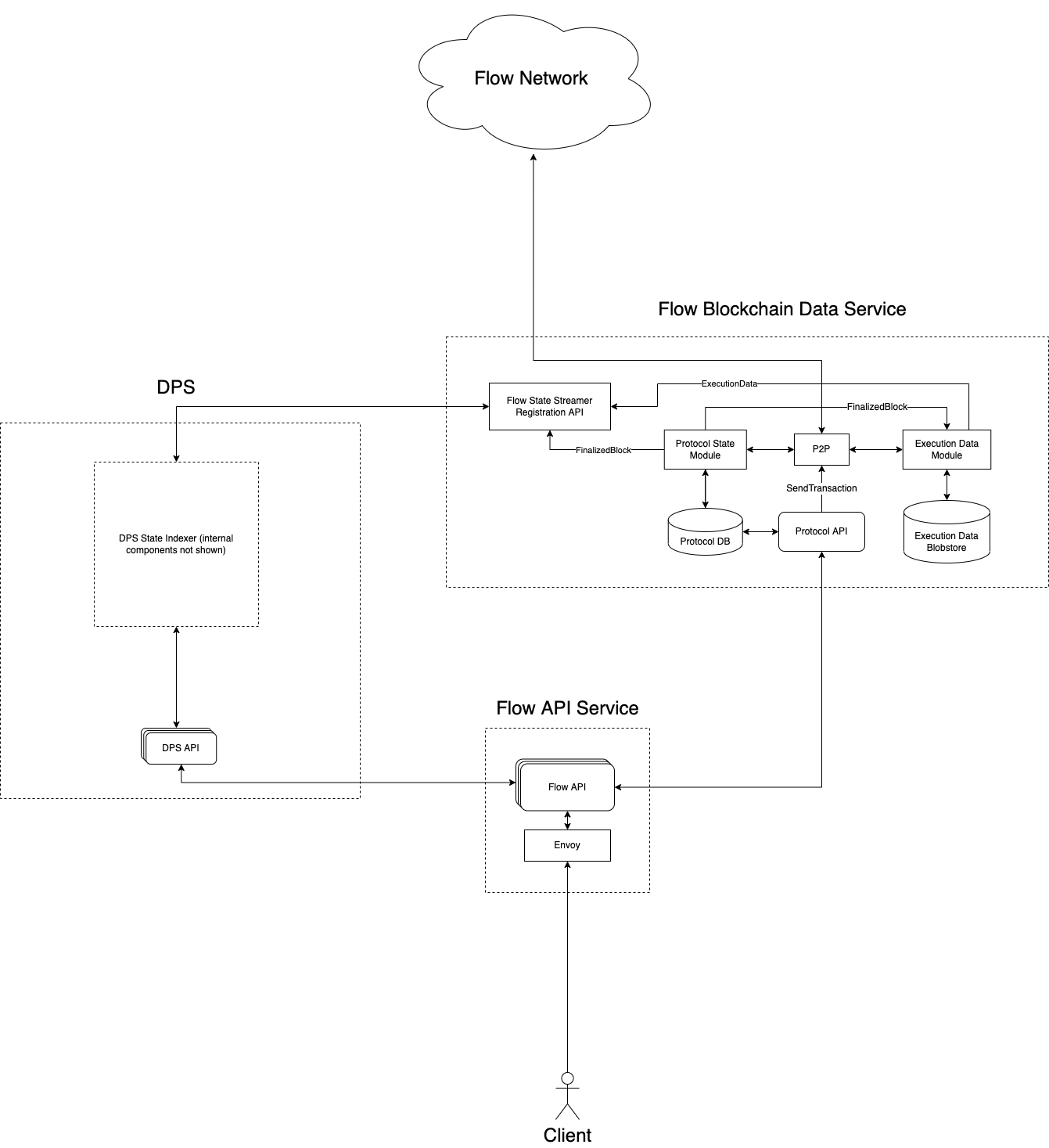 To date the implementation of the Access Node has provided the following:

Script execution delegation to ENs is an obvious low hanging fruit limiting Access Node scalability and impacting transaction throughput capacity. In addition, scaling of Access API request handling is constrained by tight coupling of code within Access Node. The introduction of the DPS took the first step towards queryable locally held state that could be leveraged to scale Access Node. Subsequently, execution state sync provided a decentralized way to share execution state across the network.

By managing all chain synchronization concerns Blockchain Data Service provides a unified set of functionality that Access Node and Observer Service are built on, and which can be used as a standalone component for following trusted chain state more generally.

The new Access Node builds on the original node capabilities above: 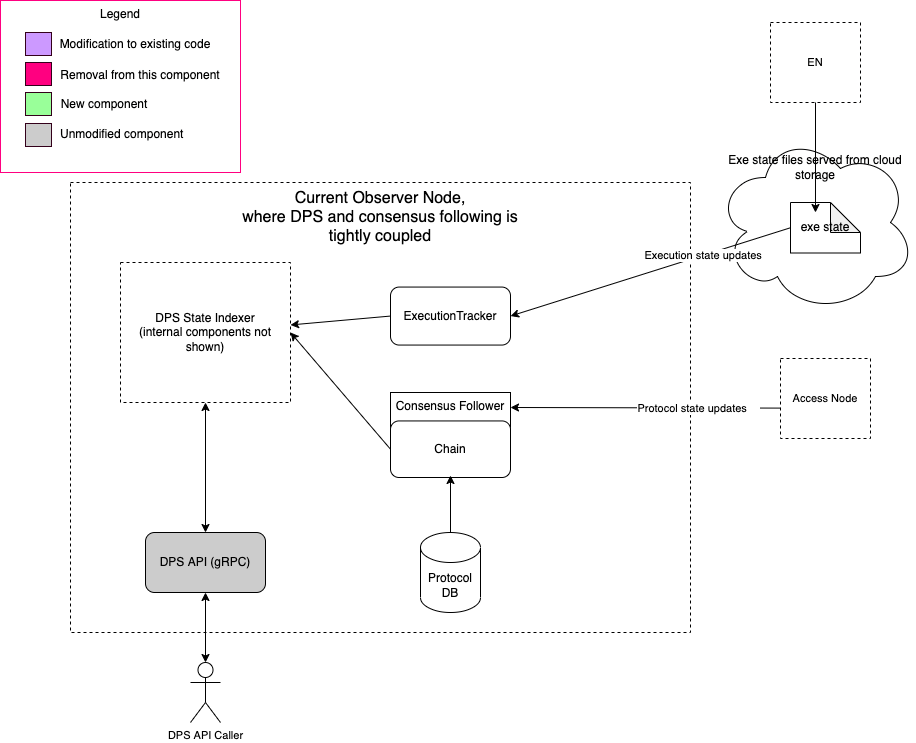 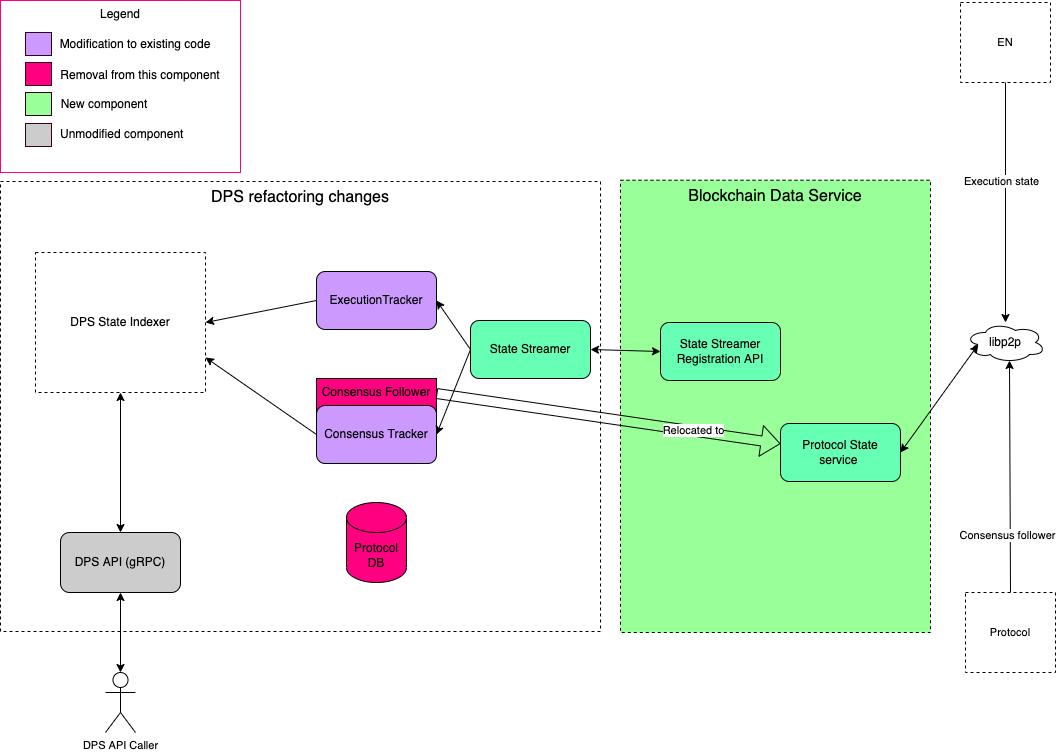 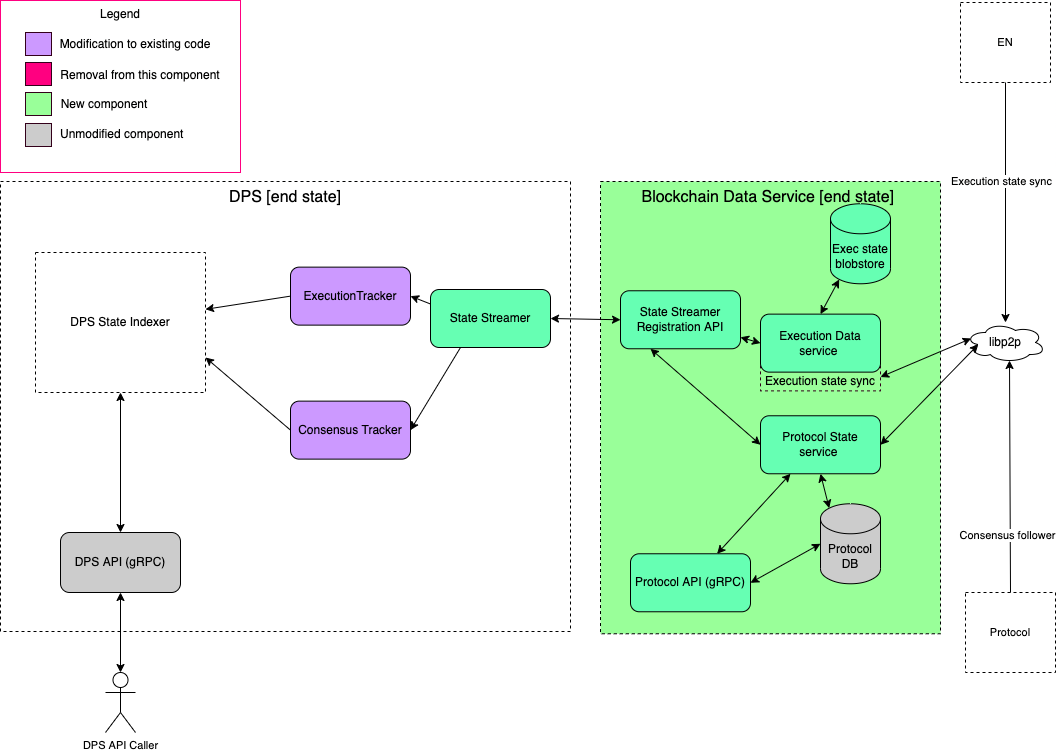 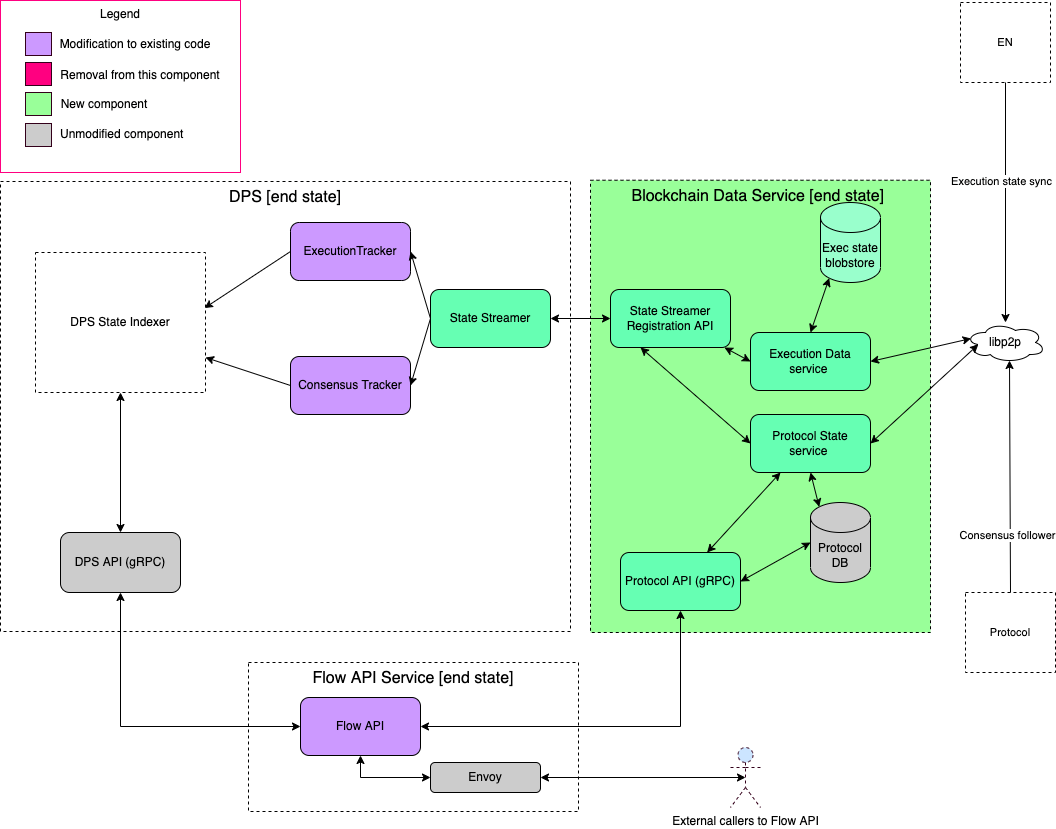 For the original document please refer to the specification on Github