Hi i’m Wes,
I am in the Product Track and been listening in on the technical side too. I have little to none in the way of technical knowledge but love the idea of being some of the first to build on FLOW. I was interested in a way to get autographs from my favourite athletes onto my NFT’s. It will be tough to build the relationships needed with the athletes and tough for me to build a website and app to host NFT’s and add signatures to them.
At the core though what I wanted was a way to interact my NFT with the person who made it or is depicted.

Bringing the personalization and interaction of acquiring your favourite athlete/artist/influencer’s autograph to our NFT’s.

New technologies and habits are seeing screen time on the rise and face time declining. The emphasis on social distancing may leave a lasting affect on how we interact face to face for years to come, however the want and need to interact and create meaningful and lasting interactions will remain and will require new solutions.

What is more personal to a fan or collector than having a piece of memorabilia or art signed by the person who made it or who is depicted and how can we achieve the same level of personalization, interaction and timelessness in the new digital world?

Step One to a Solution: NFTweet

For example, I could send a Tweet with a picture of my favourite Vlad Guerrero Jr NFT to Vlad on Twitter, if he Likes, Retweets, Replies or Retweets with Comment an NFT will be created!

NFTweet will be able to create a small range of unique digital NFT assets for fans and artists to enjoy and share.

The back of the NFTweet will feature replica of the original interaction as well as link or QR to tweet(s) and link to the account who created and helped create the NFTweet. 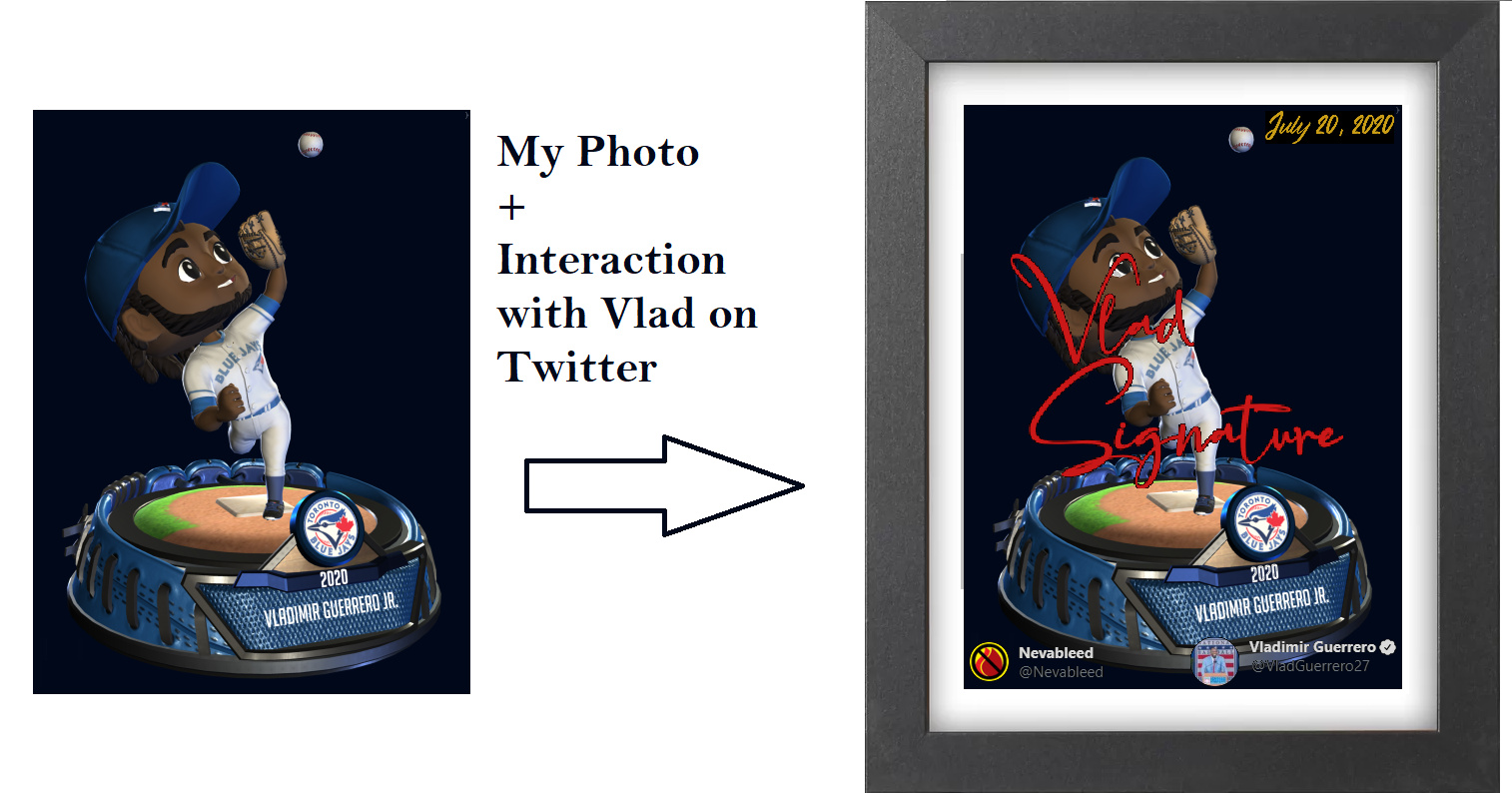 I set up a tx on the smart contract

NFTweet is sent to me 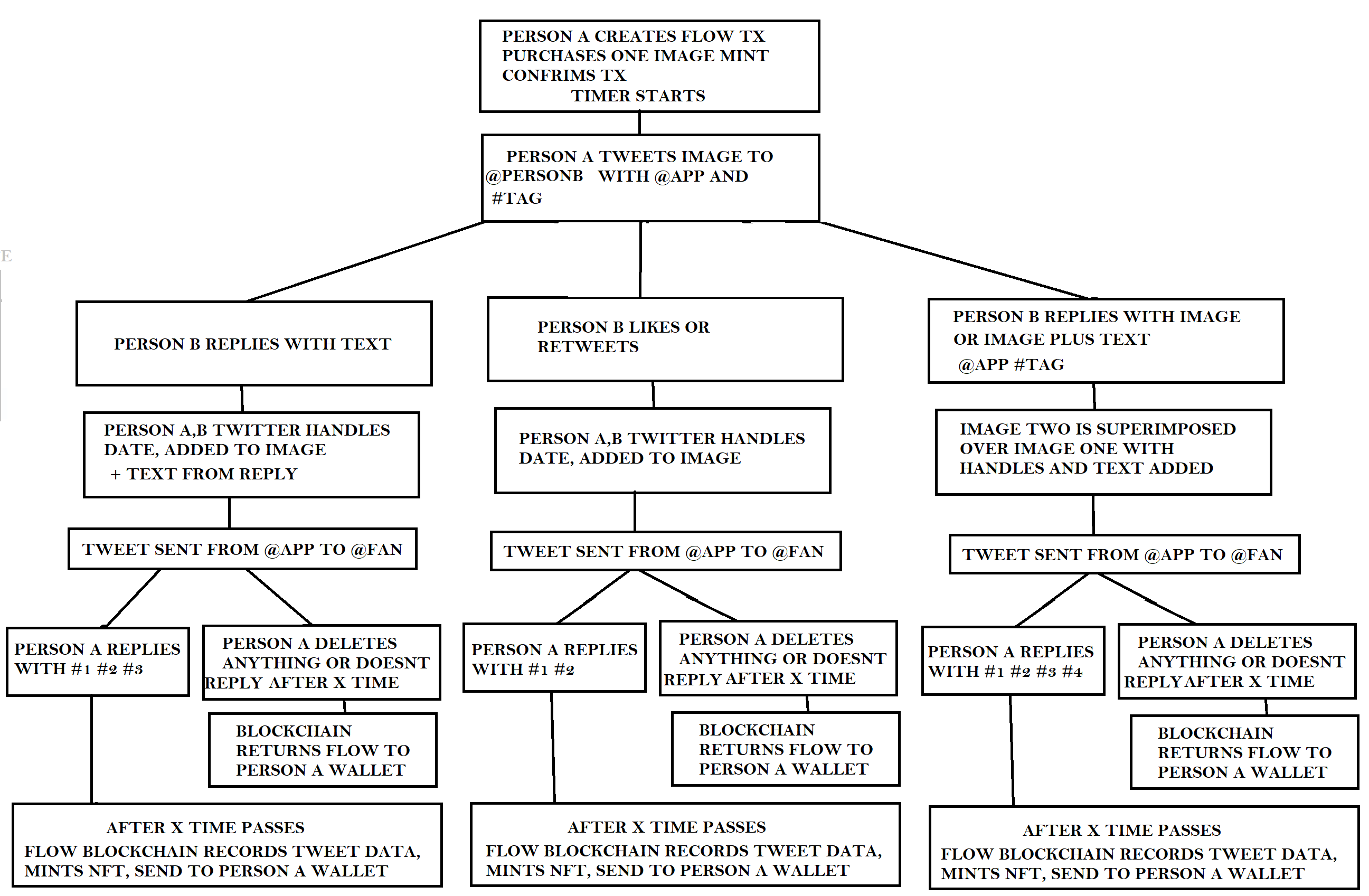 Thanks to the panelists so far in #OWB

-Alan Carr talking about KittyHats provided me some inspiration with how I can work toward manipulating actual NFT’s and not just images of them.
-Fred Wilson “Better to get something out there and improve as you go, don’t spent 2 years finalizing something before trying it out on people …” (paraphrasing)

Hi Wes @Nevableed , I like many of the ideas you have here. It would great to mint and save those “celebrity” NFT interactions directly onto the NFT itself like you said. I am on the product track, could you use another team member?